Why Did My Fish Turn Black And Die

Goldfish, betta, neon tetra or guppies, we pet fish mainly for their exciting and eye-catchy color variation. However, when these color changes, especially turn black, this may not be a good sign for the fish.

Indeed, many beginner fish keepers ask me, “Why did my fish turn black and die?” Although the reason for fish turning and dying (not all black color turned fish die) isn’t one, the most common cause can be ammonia burn and inappropriate water parameters.

And it’s natural to get worried when we see our favorite goldfish or betta turning black from their graceful color patterns. It is a prominent sign that something isn’t right in the tank which needs to be sorted out ASAP for the fish health.

My initial suggestion to you will be to calm down and find out the valid reasons behind such dramatic color changes. However, you can be at a fix trying to find out the causes and cure them.

Hence, we are going to describe the reasons for fish turning black, diseases related to fish black spots, whether or not it is natural and proven ways to prevent the reasons. And finally, we will have treatment to cure the fish.

Why Did My Fish Turn Black and Die?

Although turning black color for a fish isn’t normal, not necessarily it will die. That’s being said; it can have some severe effect on its health. So, it would help if you understood the causes behind such dramatic color changes.

During my dedicated research on the topic, I found at least four causes of fish turning black from their original golden, yellow, red or mixed color patterns.  These are:

When a goldfish or betta fin and scale turn black, the most dangerous and common cause can be ammonia burn or poisoning.

The ammonia poising is a direct result of the messy condition of the tank water.

Admit it or not, most aquarists will overfeed their fish like a casual pet and feel content with it. Remember that your aquarium has a fish, not CATS that will endeavor anything in every 30 minutes and still want more.

Fish don’t require much feeding. So, when you overfed them, two things happen. These are:

In either case, the rotten waste reacts with the chemicals in the air and releases ammonia gas in the tank water. Since it fails to come out of the water, slowly the ammonia forms a condense structure in the fish tank.

So, check the tank water parameters such as pH level to know the formation of ammonia. Ideally, the ammonia needs to be in “0” amount in a fish tank and pH level at 6.5-7.5 for freshwater. When the ammonia thrives in the aquarium with a higher level, it will most likely cause burning of the fish fins and scales.

Such burns can become so severe that slowly the whole fish can turn black as an immediate result of ammonia poisoning.

When it happens, you should immediately change at least 60% water of the fish tank and see what happens.

Fishes have a small appetite and so, needs a minimal diet. Unfortunately, we don’t care about their small intestine and fed them whenever we wish.

I have to admit that overfeeding is lethal for every type of fish, even if it is a BLUE WHALE. To speak the truth, when I first started keeping betta at my aquarium, two died just in the second week. Later I realized that they died such premature death only because of the relentless supply of food for them.

When a fish is overfed, it will leave more ammonia build-up in the tank and will get ammonia burns forcing them to turn into black. Besides, overfeeding is also responsible for fish swim bladder issues and something even more painful.

Natural and genetics cause:

This reason is particularly associated with goldfish and betta fish since these fishes have been mixed bred to develop new color patterns.

You will find several species of betta and goldfish in blended color breeds. And if the breeding process isn’t of high quality, the color variations will be irregular. It means, over time, this breeds will change colors which can often be black other than golden, yellow or orange.

Some fish can permanently turn into black colors while will shortly be black before going back to their original patterns. So, you shouldn’t be worried when it happens- know that it is genetics.

The following suggestion can prove helpful for you-

If the fish color turns into the black for genetics reason, they will still be active and playful. However, if it is the result of ammonia burn or overfeeding, the fish will be inactive and sluggish.

Adapting with the fish tank environment:

When you move fish from a pet store to the home aquarium, the fish will start adapting with the tank environment. Also, when fish moves to a new environment, they feel stressed.

When fish are stressed, their cells will release melanin. Furthermore, if your tank is in a black surrounding or has a black backdrop, the fish will try to adapt with such conditions. It also causes the secretion of melanin which forces the fish to turn into black slightly.

You might be wondering why fish adepts with natural black colors of aquariums. Well, the answer lies in the biological safety reason for fishes.

The blending with the natural color of the environment helps fish survive better against its predators. It increases the chance of fishes escape from large ones and is a result of natural evolution.

Since it is a natural cause, you won’t have to worry about it.

There is a distinctive difference between black spot disease and fish turning black. It is:

When black spot disease occurs, at first, you will see a few black spots or patches in the fish body. It will prominently and eventually increase with every passing day but won’t cover the whole fish body. On the contrary, when fish turns into black, it is a color shift and visible into the entire fish scale and fin.

There are three common identification symptoms of fish catching black spot disease. These are:

When you identify all these three or at least a reason, you are pretty sure that your favorite fish is suffering from the disease. So, you would want to help the fish get relief of such painful moments, am I right?

You can treat the fish from black spot disease with the following two techniques:

When your fish turns black, will it survive? Or will it die?

These are prevalent questions you will think about when you see your favorite betta or goldfish turn black.

Well, I have both a bad and a piece of good news for you.

The bad news is that that….

Yes, the fish has turned black due to ammonia burn. And if it has become lethargic and inactive, the chance of recovery for the fish is bleak.

It happens because ammonia poising will slowly develop other symptoms in the fish that will prove lethal for it.

If you see the fish is still ACTIVE and PERKY, the chances are high that either the ammonia poisoning isn’t severe or the black happened due to genetics.

At such times, your fish will RECOVER FULLY.

How to Choose the Right Dechlorinator for a Fish Tank?

How to Recover Fish from Turning Black?

When you see the fish blackening, you would immediately want to get remedy of the painstaking moments for the fish. I wasn’t an exception to it. Well, I followed the techniques mentioned below, and it worked well.

Whenever you see your fish blackening, immediately test the water parameters.  I started with the Ammonia Test since it is the main reason of fish turning black.

You will get strips or liquid test for the ammonia. The strips are easy to use since you just need to drip it into the water and monitor the reading. However, the liquid test provides more accurate readings. You should also note that these readings could still be “0” if you have a filter in the tank.

But if you still observe your fish blackening daily, and it INCREASING slowly, the chances are high that it is caused by ammonia. Hence, chance the tank water 60% to 100%. However, before you change the water, dechlorinate it properly to avoid further complications.

Use a Prime and Conditioner:

Water conditioner or prime is beneficial to break down the toxic ammonia gas into harmless chemical and help the fish recover.

However, in my experience, I found that even a prime doesn’t bring 100% cure for the blackening disease. So, you have to ardently go one step further to help the fish recover.

Adding Carbon in the Filter:

Ideally, the carbon filter will limit the ammonia build-up and then, slowly remove it thoroughly from the tank. So, your fish will recover from the ammonia burn.

As soon as you see your fish start blackening, restrict the fish food immediately.

To speak the truth, if you stop feeding the fish for one or two days or reduce it to the minimum level, the fish won’t die. Fish are HARDY and will survive even without food for a couple of days. And as you reduce the feeding, slowly ammonia will eliminate from the tank.

The last thing you wouldn’t want to see is to identify your fish caught with ammonia poising for the second time. So, you should be at your toes to prevent the ammonia build-up in the tank to stop fish blackening.

Do You Need to Consult A Doctor?

If you observe that your fish is turning black more and more increasingly and has become lethargic, I always suggest you consult a FISH VET or DOCTOR.

There are some severe signs of a fish which will help you know when to consult a doctor. These include:

Probably ammonia build-up in the fish aquarium is the reason why did my fish turn black and die. Well, your fish don’t need to die every time it turns black.

At times, the blackening can be a natural and genetics process as well. However, if you see your fish going lazy, chances are high it is caused by ammonia poisoning. At such conditions, use carbon filter and freshwater conditioner to reduce the ammonia.

But above all, keep the tank clean, change the water regularly and maintain an optimal diet for the fish to prevent such inconvenience such as fish turning black.

Last but not least, I hope my efforts come helpful to you.

Can Too Much Dechlorinator Kill Fish

How Long Can Fish Survive In A Bag

We will be happy to hear your thoughts 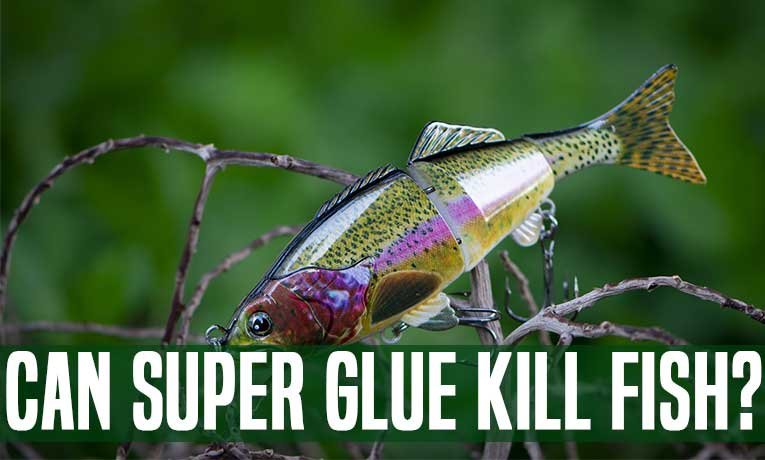 Whether you want to attach broken parts of an aquarium or securely place decorative plants and ... 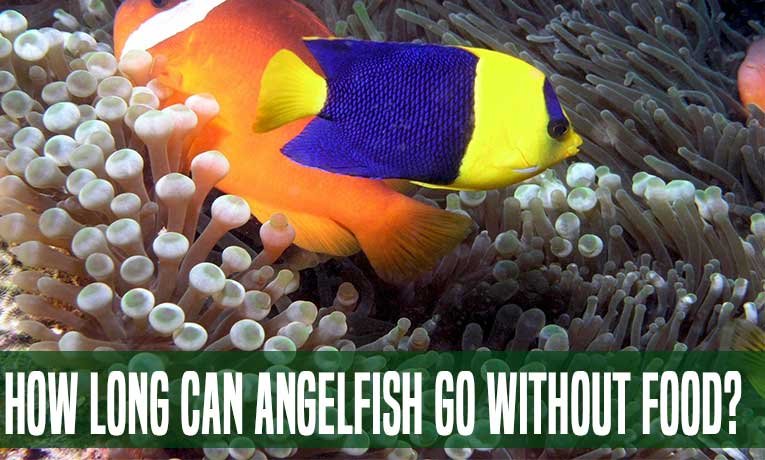 If you wholeheartedly plan to go on a vacation, especially for more than a few days or a week, ... 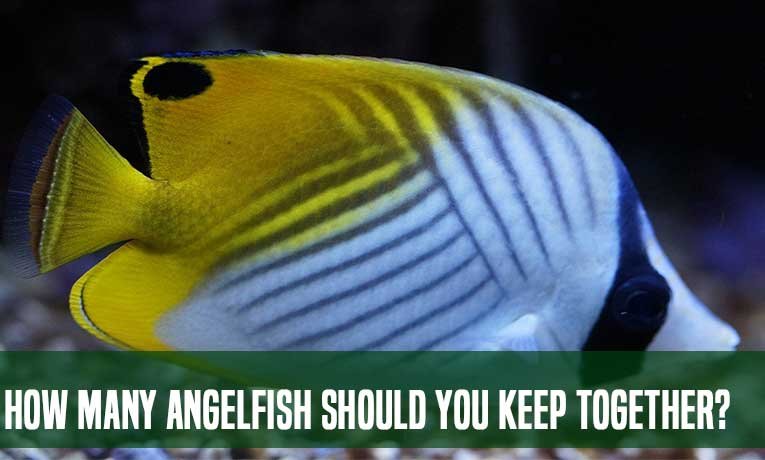 Angelfish with a beautiful and elegant look is the centerpiece of any freshwater aquarium ...